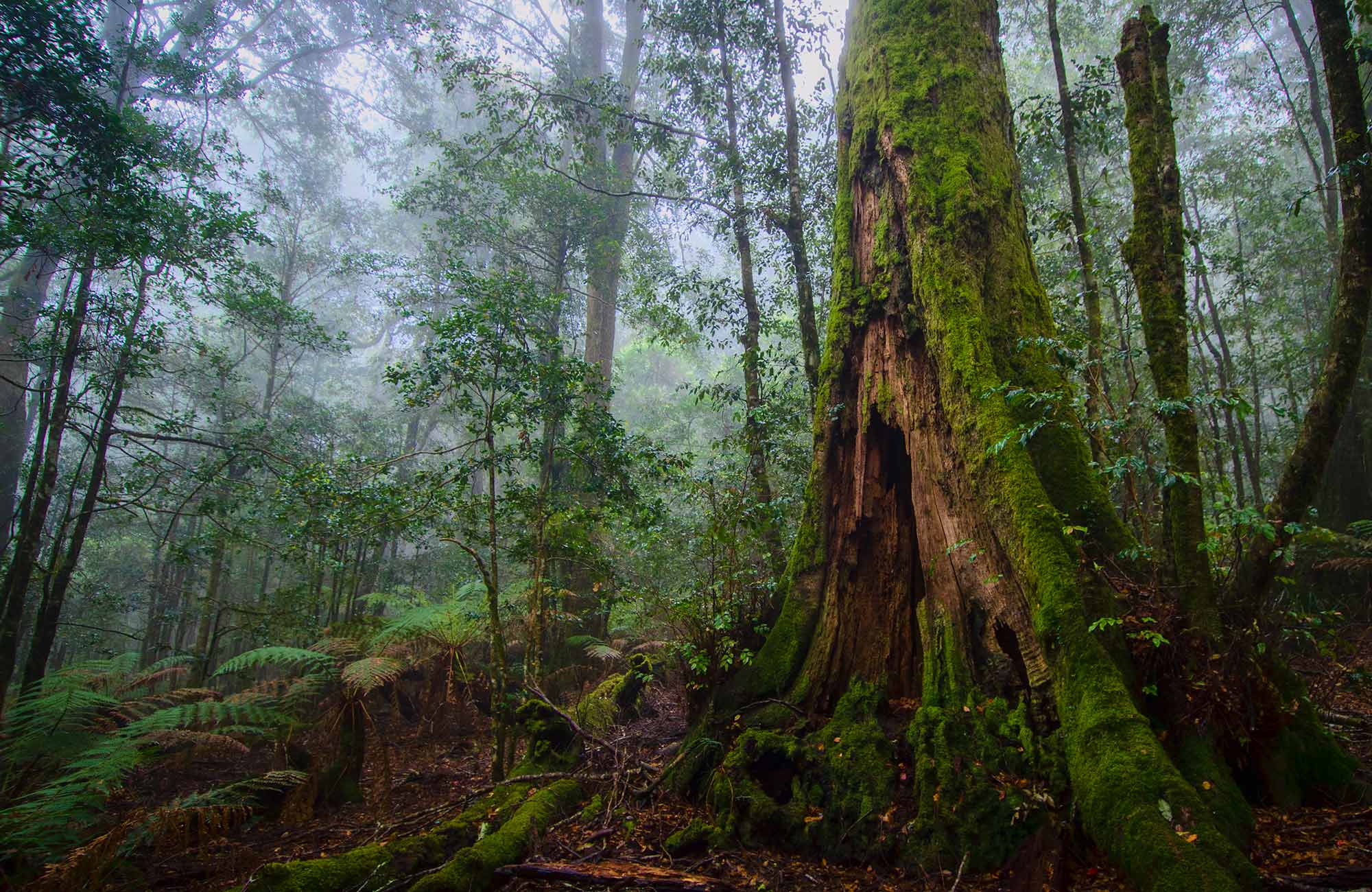 Activist Rule No. 1: If anyone threatens to expose the cosy working relationship between activist cliques, squeal like a stuck pig.
On Sunday 21 November, the Fairfax media journalists, who were subject to Freedom of Information (FOI) request fired back and provided an avenue for the Australian National University and Professor David Lindenmayer to express their outrage at the FOI intrusion. Professor Lindenmayer described the process as trying to “shoot the messenger”.
Professor Lindenmayer also said, “This whole process of trying to shoot the messenger – which is journalists – and beating up on scientists is not in the spirit of trying to progress discussions and debates.”
An unidentified ANU spokesperson said “We would be deeply concerned if external forces were attempting to gag our researchers from speaking to the media, especially if it was motivated by a disagreement with the research or scholarly ideas produced by our experts.”
Fast forward to 24 November, and the ABC journalist, who had also been subject to a Forest and Wood Communities Australia (FWCA) FOI request, continued his assault on VicForests, with a lengthy article on steep country harvesting. He promoted this story on ABC news and the 7.30 report.
His report relied heavily on the opinions of Professor David Lindenmayer and Dr Chris Taylor. These were the three persons of interest in the FWCA FOI request. Throughout the attack, these three “victims” of FOI requests made repeated references to their use of the FOI process to fuel their attack on VicForests.” References included:
“Now, the ABC can reveal how the OCR made those assessments, in documents laid bare under Freedom of Information laws;”
“The researchers obtained VicForests’ analysis of their compliance with the law in the Upper Goulburn Catchment through Freedom of Information laws.”
“Despite multiple requests, including under Freedom of Information laws, the OCR have not provided details about what it found at Eddie Would Go.”
“We had to undertake a costly Freedom of Information request to get this data.”
On the one hand we have academics and journalists squealing when they are subject to FOI requests. Then, when it suits, they are avid users of that process. Is this rampant hypocrisy, or just a day to day part of the activist business model?
Under FOI, Professor Lindenmayer, Dr Taylor and ABC employee Michael Slezak were fully protected from the FWCA FOI, as the ABC decision stated in part: “Access is refused in full to the requested documents.” See the ABC letter below for details.
Are FOI laws meant to protect academics and journalists, who appear to be key parts of an activist campaign against the native forest industry? If the ANU believes many of the statements made by these academics are “scholarly,” are our universities the home of quality research or opinionated activism? 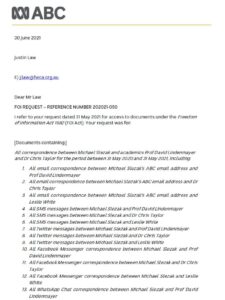 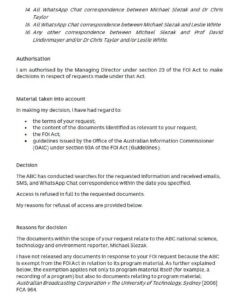