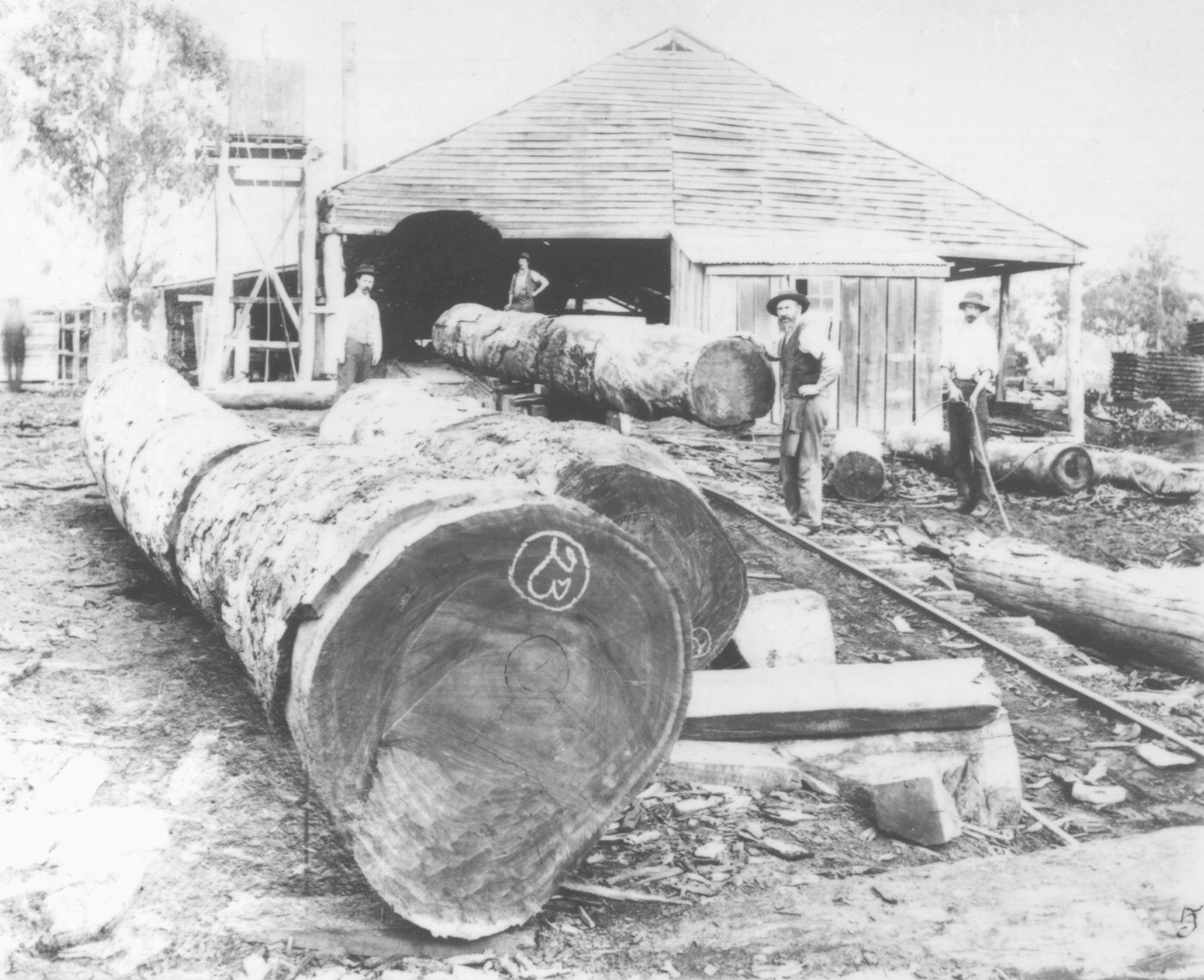 Many activists are under the impression that they are engaged in the original fight to save the native forests of Australia from exploitation or destruction. Unfortunately many are oblivious to the ancient and more recent history of the forests.

During the latter part of the 19th century, European settlement spread across Australia, displacing the Aboriginal people who had managed the forests, woodlands and range lands (including the so-called wilderness of today) for tens of thousands of years.

Following European settlement, there was increasing pressure to clear land for “closer settlement.” Fortunately, a few visionary public figures managed to withstand the pressure and ensure significant areas of native forests were kept in public ownership in the form of state forests or vacant crown land.

These early reservations have enabled latter day politicians, perhaps more concerned about urban votes, than conservation, to create a forested national park network that greatly exceeds the levels of reservation achieved in most other developed countries.

For those interested in history, the SETA web site will provide links to historical documents that may help give a broader context to the current “conservation” debate.

The Brookfield afforestation camp was established in the Bondi State Forest in August 1927. The camp ran for over 11 years before it was closed and the use of the site as a place of detention was officially stopped on 30 June 1939.

A short history of the Brookfield Afforestation Camp Mila

The Victorian Royal Commission Reports give a picture to what was happening in Victorian and other states of Australia at the end of the 19th century.

1. Uncontrolled clearing of forests was destroying a valuable timber resource. Reservation of forests for timber production also helped to maintain the biodiversity that was being lost as land was cleared elsewhere for agriculture.
2. Where forests had already been badly damaged, active management (Otway and Wombat Forests) was applied to restore the forests and associated values. These are examples that many politicians and the general community need to learn from today.
3. Pressure continued to convert forests to freehold land for agricultural development.
4. The forests in many areas had much denser stocking of young trees, as the loss of aboriginal burning allowed more regeneration to survive. See Alfred Howitt’s 1890 paper to the Royal Society of Victoria.

As a result of the royal commission reports and similar investigations in other states, the regulatory framework, including the original Forest Acts were enacted to help protect the native forests. Forest management was separated from departments such as the Lands Department and Forestry Commissions were established to manage the forests.

On 25th of January we received through the Minister of Lands a petition from the residents of the district surrounding this forest asking that all Crown lands in the neighbourhood held under pastoral lease should be made available for selection as soon as possible. The petition proceeds – “The land, although otherwise represented as only fit for grazing a few sheep and harbouring vermin, is really fit for the settlement of at least 200 families, and suitable for all kinds of rural industries.”

The Forests of the County of Delatite 1900

On the other hand, in its present condition under forest cover, the narrow valleys and table lands afford excellent pasture for cattle during the summer months and portions of the reserve have been occupied for many years for this purpose. The timber, of which there are immense supplies, consists of blue, ribbon and white gum, mountain ash, peppermint, and messmate, the finest belt, as a rule, being in the valleys or on the lower spurs with a northerly or easterly aspect.

The Stanley and Chiltern Forests 1899

The timber consists of messmate, stringybark, and peppermint, with bluegum and white gum in the gullies. The best belts are found to the east and south of the township of Stanley, which nearly lies in the centre of the reserve. Some years ago five mills were in operation in this forest, but the number is now reduced to two. Timber cutting has been carried on for about 40 years , and it is not expected that supplies of mature milling logs will be obtainable much longer. Indeed, during our inspection of the reserve we noticed that many of the logs brought in for cutting barely reached the regulation diameter of 2 feet.

Sleeper-Hewing in Forest Reserves and on Crown Lands 1898

In the correspondence on the subject which has been forwarded to us by the Honorable the Minister of Lands, the Engineer-in-Chief for Railway Construction (Mr. F, Rennick) states that within the next six months about 200,000 sleepers will be required for new lines, while it is estimated that the Commissioner of Railways will need 360,000 for relaying and maintaining existing lines during the year ending on 30th June next.

This forest, extending form Nar-be-thong on the north-west to Mount Baw Baw on the south-east, lies chiefly in the country of Evelyn, between the Great Dividing Range and Beenak Range; it embraces the principal watershed of the Upper Yarra and its tributaries and contains an area in that county of 192,000 acres. On the northern slopes of the Dividing Range, and within the county of Anglesey, there is an additional area od 36,900 acres and in the south-western part of Wonnangatta, 2,200 acres, or 231,100 acres in all.

These fears were gradually realized, but, although some fires causing damage to fences and homesteads, occurred in January of the new year (1851), it was not until early in the following month that devastation spread over many districts. On the 6th of February of that year, a day known in the history of the colony as Black Thursday, the whole territory may be said to have been on fire, from the north-eastern border to Mt Gambier , and from the coastline to the River Murray. Villages, station homesteads , farm houses, outbuildings, and fences were swept away, sheep and cattle destroyed by thousands, settlers burnt to death in a vain flight for safety, many leagues of the rich grazing country on the western plains stripped of every trace of vegetation, and whole districts in other parts of the colony turned into a blackened desert.

Although in the short period of fifteen years, as described in this report, immense tracts of one of the finest forests in Australia have been devastated by axe and fire in the course of settlement, the areas which still remain to the State are unquestionably of great value, and as a source of timber supply, as well as for climatic reasons should be carefully preserved from alienation
Royal Commission Report Otway Forest 1899

It is very doubtful policy to encourage struggling settlers to take up such land, even with a forty years’ tenure, at 10s. an acre…
Royal Commission Report Genoa River Forest East Gippsland 1900

During our inspection of the forest we noticed large belts of saplings which are greatly retarded in growth by being too close together. We are informed by the local forester that an area of about 50,000 acres bears young timber of this class. A tract of about 15,000 acres was thinned out several years ago under the direction of the Conservator, with good effect to the growth of the trees, but owing to the thick undergrowth which has arisen between the stems it now requires a second improvement felling.
Royal Commission Report Barmah & Gunbower Redgum Forests 1899

The box, too, both on the Lower Tambo and around Lake Tyers is being gradually crowded out by a younger growth of comparatively worthless stringybark. After fires, the young stringybark scrub comes up very thickly, and under present conditions there is very little natural reproduction of box.
Royal Commission Report Pyrenees & Tambo Reserves 1900

The warm sheltered valleys of the western and northern parts of the reserve were noted, when it was a comparatively open forest, for the large size of the trees and their quickness of growth……..At the present day the former open forest of large trees has been replaced by dense belts of saplings over-crowding and hindering each other’s growth.
Royal Commission Report Wombat Forest 1899